Who Will Manchester City Boss Pep Guardiola Manage Next? 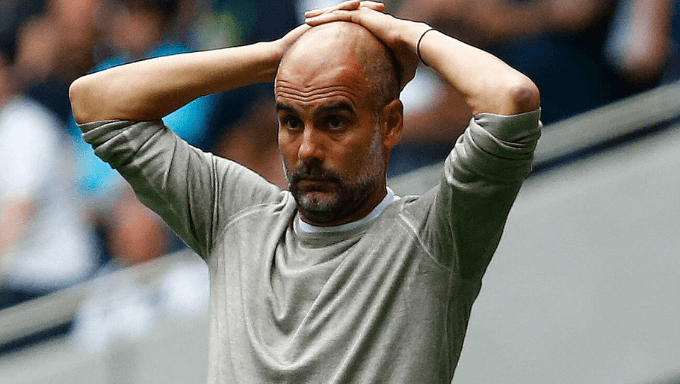 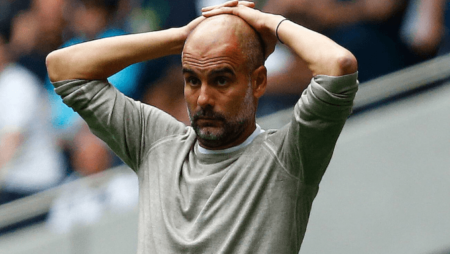 Pep Guardiola’s comments last week were overshadowed by some dramatic events in the football transfer market, not least Harry Kane’s announcement that he was staying at Tottenham Hotspur and the U-turn that took Cristiano Ronaldo to Manchester United rather than Manchester City.

Missing out on those two world-class strikers was not the only bad news to come out of the Etihad Stadium at the end of August.

“Next step will be a national team, if there is a possibility,” Guardiola said about his career plans at an XP Investimentos event. “After seven years on this team, I think I’m going to have a stop. I’m going to have to take a break, see what we’ve done.

“And in the process, I would like to coach a South American (team), European, playing a Copa America, I want to have that experience.”
Guardiola later rowed back on that statement, insisting it was not inevitable that he would bid farewell to City at the end of his contract in 2023. “I am not thinking to leave after two years,” Guardiola said at a press conference ahead of his team’s 5-0 victory over Arsenal.

That is probably true. Guardiola is such an intense and focused coach that he rarely looks beyond the next game. But it would still be a surprise if he committed his future to City beyond the 2022/23 campaign.

Having spent only four years at Barcelona and three at Bayern Munich, he is already into his sixth season in Manchester. A fresh challenge will surely await the Catalan after two more campaigns at the Etihad.

Where might Guardiola end up? Let’s take a look at some of the options.

A glorious homecoming for a Barcelona legend?

It is fair to say that Barcelona – 2/1 favourites with Paddy Power – are in a worse state in 2021 than when Guardiola departed the club in 2012. His four years at the helm were sensational, as Barcelona won three La Liga titles and two Champions Leagues.

Guardiola created arguably the greatest club team in the history of the game, as the likes of Xavi, Andres Iniesta and Lionel Messi dominated Europe with a glorious style of football. It will be some time before we see a side better than Pep’s Blaugrana.

Guardiola was born in Catalonia, came through the Barcelona youth system and spent 11 years in the first team at the Camp Nou. The chance to return home would no doubt appeal to part of Guardiola, although it is unclear whether he would let his heart rule his head. Barcelona are a very different club nine years on from his exit, and their financial woes suggest they will not be conquering Europe again any time soon.

Guardiola would never be able to ruin his legacy given the scale of his achievements between 2008 and 2012, but it might nevertheless be best for him to avoid a second spell in the Barcelona dugout. He was also worn down by the pressure and politics involved in being Barca boss, and might prefer the quieter life elsewhere.

Italy or France as the next stop on Guardiola’s European journey?

Guardiola has won three league titles in each of Spain, Germany and England – and that Premier League tally may well have improved by the time he leaves City. His status as one of the greatest managers of all time is already secure, but his standing in the game would only improve further were he to experience success in another major European league.

The relative odds on Guardiola ending up at Juventus (9/4) or PSG (10/1) look accurate. It is much easier to picture Pep in Turin than in Paris. The 50-year-old has spent plenty of money during his managerial career, but he is unlikely to embrace PSG’s galactico model. After a lengthy spell at one of the newly moneyed elite in Manchester City, Guardiola might prefer a different type of challenge.

Juventus, of course, are no minnows, and they are the financially dominant force in Italy just as PSG are in France. If they have still not won a third Champions League by the time 2023 rolls around, Guardiola might be tempted by the idea of making Juve the kings of Europe once more.

National teams could queue up for Pep

Guardiola’s comments about a posting in international management will not have escaped the attention of various Football Associations around the world. If he does leave Manchester City in 2023, Guardiola will have managed in the club game for 14 of the previous 15 years. Coaching a national team is by no means easy, but it is certainly a less draining experience than the relentless churn of the club game.

Guardiola specifically mentioned the Copa America in his recent chat. According to Dani Alves, his former manager at Barcelona threw his hat into the ring for the Brazil (12/1) job in 2012, only for the five-time world champions to appoint Luiz Felipe Scolari instead.

It would be brave to turn down Guardiola for a second time, should he make himself available with a view to managing the Selecao at the 2024 Copa America and the 2026 World Cup. Bear in mind, though, that Brazil have only ever appointed one foreign manager, and the Argentine Filpo Nunez was handed the reins for just one game in 1965.

Argentina (25/1) is another possibility, and as a Spanish speaker it might be a better fit for Guardiola. It could also provide him with one last chance to manage Lionel Messi, although the PSG forward might choose to bow out of the international game after next year’s World Cup. Argentina also favour native managers, though, and have never employed a non-Argentine as boss of the national team.

We should not rule out a move to MLS or the Qatar Stars League either. Guardiola spent his post-Barcelona sabbatical in New York, and one of the two clubs there – New York City (10/1) – are part of the City Football Group.

Guardiola would simply be taking on a different role within the same organisation, although it remains to be seen whether he would be sufficiently motivated to take a considerable step down from the Premier League to MLS.

The same thought applies to Qatar (14/1), notwithstanding his role as an ambassador for their World Cup bid. Guardiola would no doubt be handsomely remunerated for a spell with Al-Rayyan or Al-Sadd, but moving to the Gulf would represent a winding down of his managerial career for which he might not be ready come 2023.