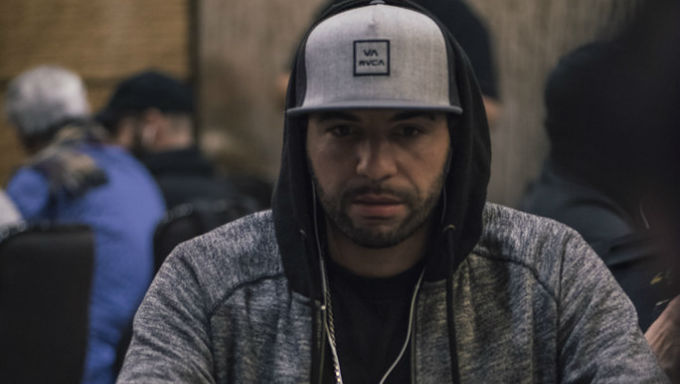 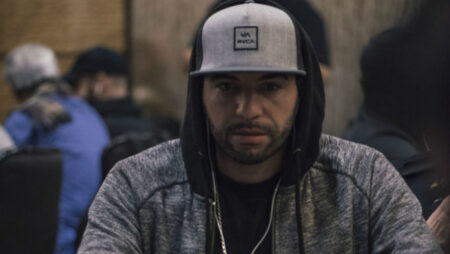 It could be described as difficult to make a connection between poker and boxing. One is a brawl and the other is a thinking man’s game. Nevertheless many notable pugilists have turned their hand to poker down the years with mixed results.

Britain’s Audley Harrison, who won a Super-Heavyweight Olympic Gold at the 2000 Olympic Games (before appearing in Strictly Come Dancing and Big Brother), has been a regular at the World Series of Poker for a decade and this year he ‘cashed’ in four WSOP bracelet events. It was a personal best.

Three-time World Heavyweight champion Lennox Lewis played the WSOP main event twice – in 2006 and 2007 – but never cashed and has not been sighted at a poker table since.

More recently a considerably younger heavyweight champion, David Haye, has been recruited by Grosvenor Poker to promote their online poker site. And courtesy of tutorship from their pro player, Jeff Kimber, and a crash course with Audley Harrison, the ‘Hayemaker’ posted his first poker results in 2019 winning, c€665 when finishing 28th in a 211 entry tournament in the Philippines.

But this week a lesser known former boxer, Said El Harrak, did prove former fighters can win on the baize by taking the WSOP Circuit main event at the Bicycle Casino in California. In flooring 486 rival entries he earned $147,435 for his efforts in the $1,700 entry competition.

The British-born Moroccan national who is based in the U.S. never fought for a world title but the welterweight did appear on an undercard of a Floyd Mayweather Jr title fight in May 2015.

On a poker CV which starts in 2016 (baring one previous listing in 2012) El Harrak, who was known as ‘The Messenger’ during his 12-4-2 boxing career, has an impressive list of Las Vegas and Los Angeles results and now boasts a little over $725,000 in poker earnings.

PokerStars, who still hold the mantle of ‘the world’s largest online poker room’, have given their players less than two weeks’ notice of an imminent tournament series.

The ‘Winter Series’ may not be a new concept as it has happened twice before but the third edition was only dropped on players as we entered the third week of December.

Anyway, PokerStars are now boasting, across a three-week festival, various highlights, which include:

Festivities kick-off on Christmas Day and the site is guaranteeing a hefty $50 million in prize-money. That makes the forthcoming event PokerStars’ third-largest online series of the year, joining the big leagues of SCOOP and WCOOP.

Sad End as The Fitzwilliam Closes

In Ireland, the spiritual home of poker – Dublin’s Fitzwilliam Card Club and Casino – announced its closure with immediate effect on Monday.

The venue never staged the Irish Open, an EPT or WPT as it was simply too small, but there is little doubt this was the hottest of poker hotbeds where many poker players cut their teeth.

The company cited the new Gaming and Lotteries (Amendment) Act 2019 as its reason for closing, saying the newly passed legislation meant they “couldn’t establish a pathway for ourselves to continue that wouldn’t be fraught with risk”.

Elsewhere, Partypoker may have been celebrating when they breached the $20 million guarantee for its recent MILLIONS Online tournament and they raked in $632,700 in registration fees.

But almost an identical sum has been haemorrhaged in failed guarantees in their weekly partypoker MILLION. Over the past six weeks the tournament has featured overlays amounting to c$605,000.