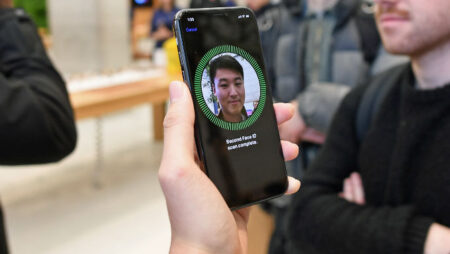 Online poker players have voted overwhelmingly in favour of facial recognition technology being introduced to enhance the safety of genuine users.

The idea was floated on Twitter by Rob Yong, the Dusk Til Dawn card room owner and partner of PartyPoker, with his poll gaining over 5,000 votes, 84.6% of which backed his proposal.

I am going to ask @partypoker to implement Facial Recognition on Sign in [+ randomly when ITM/Final Tables + Higher Stakes Cash Games to 1) stop cheaters/bots opening/buying new accounts 2) stop multi – accounting 3] Stop ghosting – Do you support this ?

If implemented, it could be a veritable game changer, boosting confidence in online card playing credibility and thereby improving the popularity of the online poker genre for years to come.

The popular businessman’s proposal met support from a sizeable sample and could, if the technology is available, be the next step towards greater security and associated confidence in online playing at PartyPoker and other poker networks which would surely follow their lead.

The Triton Poker Super High Roller Series set to take place in Jeju, South Korea next week has been postponed due to concerns about the spread of the Coronavirus.

A statement on the tour’s website said: “Since the Coronavirus first leapt from animals to humans in China a few weeks ago, close to 10,000 people have been infected, and it’s killed more than 200. All of the deaths have been inside China, but the virus has spread to more than a dozen countries.

“The safety of our players and support staff remains our utmost priority. Coupled with our duty to do everything we can in our power to prevent the virus from spreading, we’ve taken the difficult but correct stop of postponing the event with immediate effect.

“The thoughts and prayers of the Triton Poker Team are with the families of those that have lost their lives and for the ones fighting the virus all over the world. Another official announcement in regards to the potential resurrection of the event will be made on February 10th, 2020.”

WSOP Under Threat Too?

Now being described as an epidemic which has already claimed more lives in China than the 2002/2003 SARS outbreak, Coronavirus has spread far and wide, quickly reaching America where there had been 11 confirmed cases as of February 3.

Globally, as of February 5, the death toll has surged past 550 with one death each in Hong Kong and the Philippines reported.

With sporting events and gatherings world-wide being postponed, the question of a disrupted World Series of Poker has to be raised. On face value, short of a Vegas shutdown, it would seem nonsensical.

While WSOP officials were quick to boast the 2019 series attracted 187,298 entrants there was no official line on the number of individuals who played at the series (the above figure includes re-entrants and in a tournament such as the ‘Big Fifty’ thousands of ‘entrants’ could easily be racked up).

So the number of individual players could doubtlessly be fitted into a good sized basketball arena.

Regardless of the true figure, the WSOP as an attraction pales into insignificance where compared to the sum total of the 3.5 million visitors Las Vegas attracts every month during the summer. 500,000+ people come to the city each month for business conferences alone.

However, the majority of these visitors can be labelled as ‘domestics’ whereas the 2019 WSOP did attract players from 118 different countries and it’s noteworthy players claiming Chinese citizenship were responsible for 408 tournament cashes.

Officially, the 2020 WSOP which is set to start on May 27 with its traditional ‘casino employees’ event is being described as “going ahead without interruption” whilst the “situation is being monitored”.

Closer to the epicentre of the outbreak, the Macau casino industry will surely suffer the most should the Coronavirus continue to spread. And the world’s largest land-based casino market is already feeling the pinch.

The latest figures show January revenues fell by over 11 per cent on the corresponding period in 2019.

Threats of a US Trade war and continued protests in neighbouring Hong Kong played their part, but it was the outbreak of the virus and the associated clampdown on travel in China which did the most damage to the casinos in the former Portuguese colony.

Whilst the first reported case of the virus outside of China did not occur until January 16, by the start of the Lunar New Year celebrations (when a public holiday runs between January 24 and January 30 with New Year’s Day on January 25) casino players avoided Macau like the proverbial plague (the definition of irony!) with tourist visitor numbers down by a whopping 80 per cent.

On this basis, February revenues look certain to be decimated.