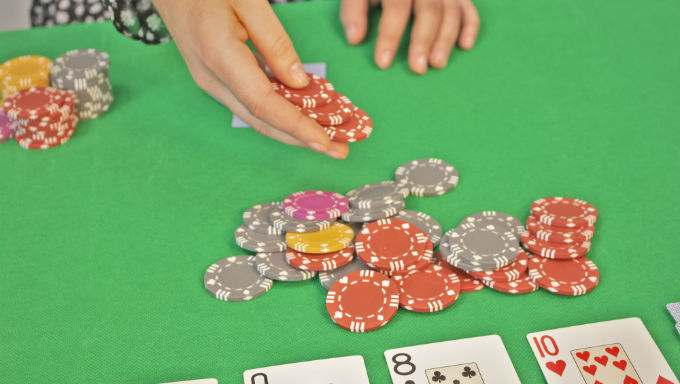 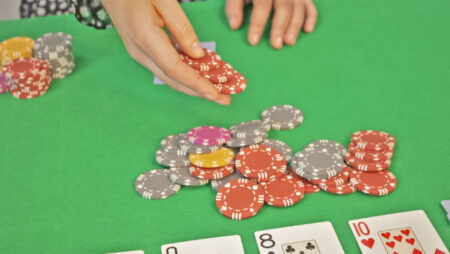 It’s often said through playing poker you will encounter people you would never normally meet.

Whilst you might be thinking representatives from credit card companies, re-mortgage advisers, magistrates and even the bailiffs, there is also a very good chance you could be sat alongside a road sweeper, barrister, tractor driver, pilot or toilet attendant.

Put simply, poker does not discriminate between rich and poor, educated and illiterate, and particularly shysters and humanitarians.

They say where there is muck there is brass. Possibly true. Unquestionably, where there is cash there is crime and sadly that means casino card rooms and poker games have been a focal point for theft, robberies and criminality.

October 10th 2019 was a particularly dark day with four people shot dead and three more injured with gunshot wounds after an ‘incident’ at New York’s Triple A Aces gambling den where dice and poker were a regular feature.

Of course shootings are a lot more common in the USA – the gun capital of the world which has more guns than citizens – than other parts of the world. In fact, the American poker/gunfire equation stretches all the way back to 1876 when Wild Bill Hickok was shot dead at Nuttal & Mann’s Saloon No. 10 in Deadwood, Dakota Territory.

The famed drover, wagon master, soldier, spy, scout, lawman, gunfighter, showman, and even actor was playing poker at the time of his demise and, according to the fable, he was holding Aces and 8’s when he perished. This ‘two pair’ quickly entered poker folklore and will forever be referred to as ‘the dead man’s hand’.

But this particular piece focusses on robberies gone wrong at venues in Europe, where interest in poker remains strong and heist skills appear weak.

Thankfully, not all the guns drawn at a poker game have resulted in bloodshed and, in hindsight, some of the attempted thefts have been fit for an episode of a TV sitcom. The February 1994 armed robbery at the Minella Hotel in Clonmel, Co. Tipperary, Ireland was one such comedy caper.

On the night in question the hotel was packed to capacity with the fabled National Coursing Festival bringing thousands of gambling mad punters into town.

The venue was always viewed as ‘exclusive’, a Waldorf Astoria deep in the countryside, and not only did it attract cash-rich bookmakers, businessmen and greyhound owners, it also played host to high-stakes poker action.

Naturally, the games in those days were draw and stud poker and they were legendary in their size with cash pots far bigger than anything found in regular casinos anywhere. Consequently, it became the target for a masked five-man armed gang who stormed the venue hoping to scoop tens of thousands.

There was one problem, they had not conducted a recce and were seemingly stunned to find the bar was full of people drinking with the renowned card game nowhere in sight.

Amongst the confusion most of the bystanders managed to make a swift exit albeit many elected to jump from an open window without accounting for a sizeable drop to the ground which resulted in fractured arms and legs.

In desperation, the robbers were forced to plunder watches, jewellery and the wallets in a hold-up situation from the few that remained. Ultimately, no shots were fired and the bandits made a clean escape with a relatively small £12,500 in cash and valuables.

Despite being just 16 years ago, the 2004 raid on Paris’ Aviation card room, one of the world’s the most iconic and exclusive gambling rooms at the time, seems all but forgotten. It did not make national headlines and there is little trace on the Internet.

The Aviation Club de France – which reopened under the name of Le Club Barriere in September 2019 after a five-year hiatus – was a small venue, sat on the first floor of the capital’s most expensive real-estate, the Avenue des Champs-Élysées, just a hundred or so metres from the Arc de Triomphe with stunning views of it. And July 2004 was a big month as the fledgling World Poker Tour (WPT) was making a visit.

The WPT made a point of displaying hordes of cash in a glass case which featured in all WPT Series 1 broadcasts and on this day, the eve of the final table (ultimately won by Surinder Sunar ahead of Tony G) thieves seemingly saw an opportunity to net several million Euros. Little did they know the notes were fake.

Thankfully, a masked armed duo made their move at 8.10am at a time when all of poker’s big-name players and the likes of Patrick Bruel, France’s version of Cliff Richard, had gone home to bed. All that remained were 20 or so dedicated cash game grinders when the commotion erupted. They all hit the ground on instruction and there was limited panic.

It’s difficult to say according to ‘official reports’ as this raid was seemingly never fully investigated by police. There was no crime scene tape wrapped around the venue and the filming of the WPT final table proceeded as planned at 4pm that afternoon.

So we have to believe the recounted story that €76,000 was the sum stolen as the thieves were surely disappointed the WPT had put phoney cash on display.

The raiders did drop the keys to their intended getaway vehicle, a waiting motorbike, on the stairs when making their exit which saw them resort to hijacking the first vehicle they could find, a road-sweeping utility type vehicle!

To this day no one has ever been charged with the crime although there was always a lack of urgency to apprehend the culprits by authorities. It adds credence to the theory the venue’s owners, who many believed had links to the Corsican underworld, made their own efforts to attain justice and succeeded. All hearsay, of course.

McDonalds Before a Heist in Berlin

The March 2010 armed raid during an EPT (European Poker Tour) event in Berlin’s Hyatt Hotel is far better documented than the aforementioned events in Paris.

This daring daytime raid (2.15pm on a Saturday) coincided with the valuable EPT main event which had attracted 945 players all forking out €5,300 to enter.

It was initially reported there were six masked raiders but that was later reduced to four. All were armed with hand guns and machetes and they created chaos in the packed tournament area ensued.

Heading straight to the cash desk, which was not behind bars or under lock and key, the quartet made off with €242,000 in cash despite unarmed security staff’s attempts to detain one of the criminals.

However, within a fortnight one of the offenders had handed himself in and went on to name his assailants who were soon rounded up. Indeed, this was amateur hour through and through. For starters, the criminals did not wear gloves and left behind a raft of DNA and fingerprints. Furthermore, all left the building, which had ample video surveillance, without their faces covered.

And then there was their clothing which made at least one culprit all the more recognisable. Dressed in grey jeans and wearing an orange sweater (bright enough to be spotted from 30 miles in a vast ocean) the criminal made a comprehensive recce of the venue an hour before the attack, leisurely strolling through the tournament area, before moving on to a nearby McDonalds to have his lunch all before watching security cameras.

Within months four men, aged 21 and under, were convicted and received sentences between three-and-a-half and three-years nine-months with all but €4,000 of the stolen money recovered.

And by the end of 2011 two others, described as ‘ringleaders’ were sentenced for their part in the crime too. Mohammed Abou-Charka (29) actually played at the EPT and used his vantage point to direct the robbers to the money while Ibrahim al Moussa (31) drove the getaway vehicle. They both received sentences between six and seven years. 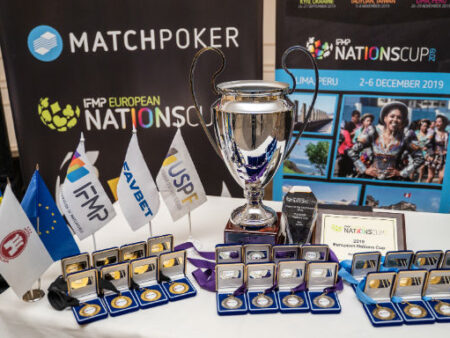