Which Players Have The Best Premier League Penalty Records? 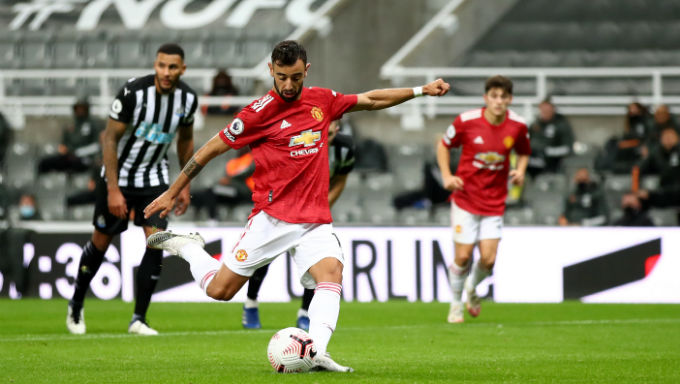 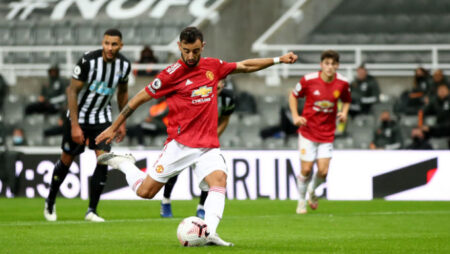 When asked to think of the Premier League’s greatest ever penalty taker, a few names spring to mind.

Southampton’s Matt Le Tissier has the best conversion rate with just one miss from the 25 Premier League spot-kicks he took.

Others held in high regard include Arsenal’s Thierry Henry, Manchester United’s Eric Cantona and Everton’s Leighton Baines, who all ended their careers with just two missed penalties in the Premier League.

Le Tissier’s overall record is actually much better beyond the Premier League era, with the midfielder’s football career having started six years before the first Premier League season kicked off in August 1992.

The Saints legend took a total of 48 spot-kicks throughout his career and was denied a perfect record by Nottingham Forest’s goalkeeper Mark Crossley, who saved a Le Tissier penalty in March 1995.

Bruno Fernandes can now be included in the esteemed list of Premier League spot-kick kings.

The Manchester United star is proving to be the best penalty taker of his generation. Since joining the Old Trafford side in January 2020, Fernandes has scored 21 of his 22 penalties in all competitions.

Karl Darlow is the only goalkeeper who can legitimately say he has saved a Fernandes penalty in English football. Newcastle’s keeper pulled off a great save to deny Fernandes, but Darlow picked the ball out of his net four times as the Magpies lost 4-1.

Fernandes notched his 13th Premier League penalty at Villa Park on May 9, 2021, when his 52nd minute effort cancelled out Bertrand Traore’s first-half opener.

The spot-kick sparked United into life and they went on to win the game 3-1 en route to a second place finish last season. The win also maintained Fernandes’ remarkable record of never losing an away game in the Premier League.

United’s record when he scores a spot-kick is just as impressive, with 34 points taken from a possible 39.

Fernandes’ technique of a slow run up with a hop before striking the ball has helped him trick some of the best goalkeepers in the league.

In his first 49 league games, the Portuguese star was directly involved in 43 goals, scoring 25 and providing a further 18 assists.

According to the Premier League’s official website, a record number of penalties were awarded in England’s top flight last season. The increased use of VAR is one reason why there has been an increase in penalties being awarded, with Leicester and Man Utd each scoring the most with 10 apiece last season.

The record for most penalties scored in a single season belongs to Crystal Palace (2004/05) and Chelsea (2009/10) when both London clubs scored a total of 11.

Against Chelsea at the Etihad on May 8, Sergio Aguero became the fourth different City player to miss a spot-kick after Kevin de Bruyne, Raheem Sterling and Ilkay Gundogan all missed earlier in the season.

The margin between winning and losing in the Premier League is slim enough without the outcome being determined by a penalty.

The advantage has swung the way of goalkeepers, who are now equipped with comprehensive data on the penalty takers they could potentially face.

Armed with all the information they need, goalkeepers are better-placed to scupper Fernandes’ quest to become the Premier League’s all-time penalty king.