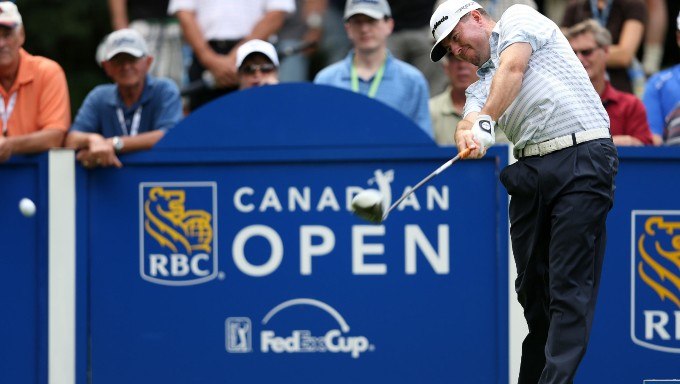 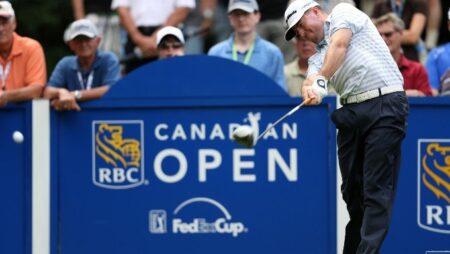 On Thursday, the company announced it entered into a sports betting agreement with Golf Canada to become its official gaming partner. The exclusive deal makes theScore Bet the first gaming partner for Golf Canada and its national open golf championships: The CP Women’s Open and the RBC Canadian Open.

“We are proud to be Golf Canada’s first ever gaming partner and align theScore Bet with their organization and Canada’s marquee professional men’s and women’s golf events,” Aubrey Levy, Senior Vice President of Content and Marketing, theScore, said in a media release. “This partnership provides us with highly engaging access points to introduce theScore Bet to a broad and endemic audience of golf fans. With the RBC Canadian Open taking place in Ontario for all three years and the CP Women’s Open in the province for at least the coming year, it provides us an amazing foothold to interact with Canada’s passionate golf community around two of the most popular golf events in the country.”

“We are thrilled to welcome theScore Bet as Golf Canada’s first Official Gaming Partner,” Golf Canada’s Chief Commercial Officer, John Sibley, said in the media release. “theScore brand is already synonymous with sports coverage in Canada and we’re enthusiastic about the opportunity to team up to help build awareness for theScore Bet. Through Golf Canada’s entertainment properties and channels, theScore Bet will have direct access to engage with our large membership of devout Canadian sports fans.”

Single-event sports betting is set to go live Friday in Canada. Up to now, only parlay betting has been legal in the country.

Sportsbooks that plan to operate in Canada include DraftKings, PointsBet, BetMGM, FanDuel and Penn National Gaming, which recently acquired theScore, to name a few. They likely won’t launch until December.

The partnership with Golf Canada is theScore Bet’s latest golf deal this year. In March 2021, the operator was named an official partner of the PGA Tour across the United States and Canada.

As part of the PGA betting deal, theScore Bet’s daily odds updates are featured within the Tour’s live audio play-by-play and distributed via Sirius XM PGA Tour Radio and PGA Tour Digital platforms. theScore Bet also has the rights to advertise with the PGA Tour and its media partners, in addition to video content rights to enhance its golf offerings and coverage on theScore and theScore Bet apps.

“The PGA Tour is focused on engaging sports fans and Score Media and Gaming is one of the global leaders in delivering highly personalized scores, news, statistics and sports betting information,” Scott Warfield, Vice President of Gaming at the PGA TOUR, said in a media release. “Leveraging theScore’s vast reach via this relationship will allow the Tour to engage fans in unique and creative ways.”

Score Media and Gaming, along with Menkes Developments and BentallGreenOak announced last week they had entered into an agreement for theScore to lease an 80,000-square-foot space in the Waterfront Innovation Centre in downtown Toronto.