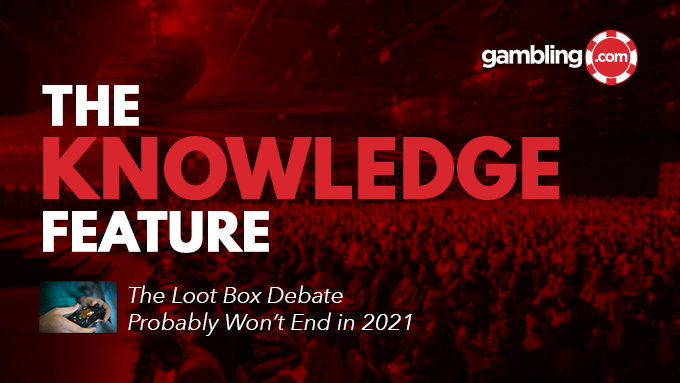 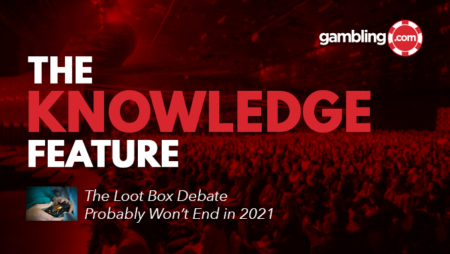 The debate around loot boxes continues to flare in 2021. Much of the video game industry insists that they are not a form of gambling, yet some countries, such as Belgium, have enforced bans on the profitable mechanism.

If you haven’t heard of a “loot box” before here’s a brief explainer. They are virtual lucky dips filled with in-game items or perks – imagine a shiny new camouflage for a weapon in Call of Duty, or a virtual Cristiano Ronaldo that can play on your FIFA team.

Instead of working towards these items by gaining in-game experience points to use in a microtransaction, players can pay real money to buy virtual currency that can be used to play a game of chance, in which they may or may not be lucky enough to get them.

Opinions on whether loot boxes are a form of gambling vary. In a landmark 2019 agreement, Members of the Gaming Regulators’ European Forum found, somewhat paradoxically, that in-game purchases like loot boxes do not require regulation as gambling activities, despite agreeing they could be defined as just that.

In their 2019 report “Rare Loot Box Rewards Trigger Larger Arousal and Reward Responses,
and Greater Urge to Open More Loot Boxes,” the Gambling Research Lab at the University of Waterloo found that “despite conferring no real-world value, loot boxes, especially those of greater rarity, are treated as rewarding and urge-inducing events.” which may indicate that they are a form of gambling.

The report concludes that “while the relationship between loot boxes, problem video gaming and problem gambling is still in need of further investigation, the consequences of such potential associations have profound implications for the future regulation of these and similar features in games.”

With an updated comment on the report’s conclusion for 2021, lead author of the paper and Ph.D. candidate Chanel Jade Larche told Gambling.com the following:

“The conclusion of our 2019 research report is still quite relevant as we have been able to replicate these findings in a larger, geographically diverse sample for a follow-up study that is currently under review. Interestingly the relationship between loot box use and problem gambling is still unclear. We are still on the long road to finding out exactly why and how loot box use relates to problem gambling.”

The UK Gambling Commission recently said that the Gambling Act 2005 does not cover loot boxes. It therefore cannot use any of its regulatory powers to take action against video game developers. But the Commission has also said that it is “concerned with the growth in examples where the line between videogaming and gambling is becoming increasingly blurred”.

The question then, is whether loot boxes will eventually be incorporated into a revised Gambling Act, solidifying their official place as a form of gambling. This is unlikely to happen in 2021.

Right now loot boxes are more prevalent than ever. A study by the University of Yorkshire indicated that in 2010 only 4% of games had a loot box mechanism while in 2019, over 71% did. They have grown across all forms of gaming – desktop, console and mobile – and, for some developers, loot box mechanisms can be worth as much as digital and retail game sales combined. According to Juniper Research, loot boxes and skin gambling will earn £35bn in revenue by 2022.

Many AAA videogame executives say, quite plainly, that loot boxes are not a form of gambling. Former EA Sports President Peter Moore recently commented that the Ultimate Team mode in FIFA, which contains one of the most famous and best-recognised loot box mechanisms in the industry, is a “long way” from gambling. While Moore’s viewpoint is his own, the sentiments he shares are echoed by many C-level execs across the videogame industry.

“You’re always getting something,” he told gamesindustry.biz, referencing Ultimate Team. “It’s not like you opened it and there’s no players in there.

“This is a personal view, but the concept of surprise and delight vs gambling… on a continuum, they’re a long way from each other. You buy or grind your way up to getting a gold pack, you open it up, and you’re either happy or you think it’s a crappy pack. I don’t see that as gambling, per se — but again, this is my personal view as an outsider right now.”

So, with there still being so many conflicting viewpoints, are we any closer to sealing up and stamping the loot box debate in 2021?

As already mentioned, Belgium has already done just that. In the country it is illegal to include loot box mechanisms in the release of videogames. But, outside of continental Europe, the future of the loot box is less clear.