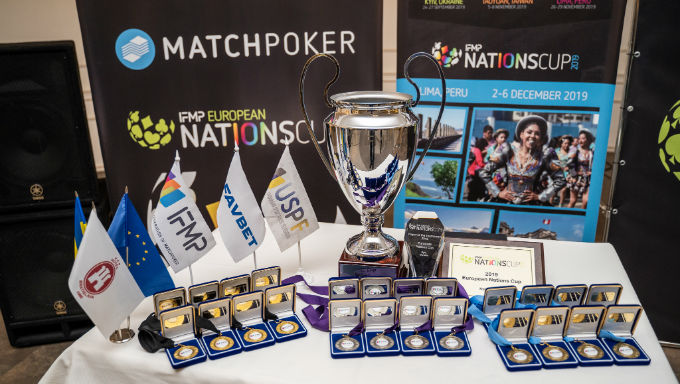 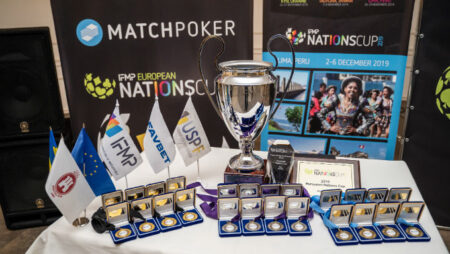 The International Federation of Match Poker’s (IFMP) Nations Cup Final due to be held in Lima, Peru, between December 2nd and 6th has been deferred due to “political turmoil” in the country.

The Nations Cup is IFMP’s annual Match Poker World Championships, with qualification events recently concluded in Kyiv, Ukraine and in Taoyuan City, Taiwan, where the top performing teams from Europe and Asia have secured their place in the finals will now take place between February 24th and 28th 2020.

“Early parliamentary elections having been scheduled to be held on 26th January 2020,” said Sandro Garcia, President of the Peruvian Match Poker Federation in an IFMP prepared statement.

“These elections have been called by President Martin Vizcarra who dissolved the Congress of the Republic on 30th September, and despite it being a constitutional crisis the country is confident that these legislative elections will bring back political stability.

“For this reason the Peruvian Sports Ministry and the local council in Lima have requested IFMP to defer the planned Nations Cup to be moved from December to new dates of 24 to 28 February 2020.” 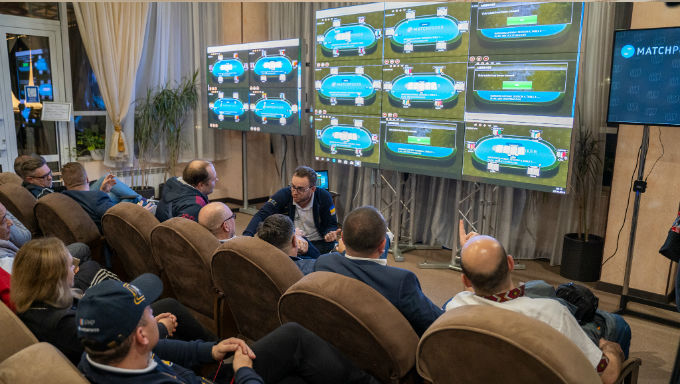 “I am very sorry that a late change of date was necessary especially as all the hosting plans were in place.

“We will however make sure all participating nations will be supported by us as local hosts, especially with regard to their travel inconvenience, and we are confident that the event will provide an excellent showcase for the Country, the newly elected parliament, and for the sport of Match Poker.”

IFMP president Patrick Nally added: “Although IFMP is disappointed at a date change, the circumstances were well understood and we must be supportive of the Peruvian authorities request and look forward to what will be a fantastic event in February.”

Stars back on top in cash race

Online poker giant PokerStars has regained the top spot in global cash game traffic standings according to the latest statistics gathered by Gameintel, an organisation which has collated online poker traffic since 2006.

It would appear a pair of back-to-back promotions – ‘Cardex’ which ran for two weeks starting in early November, followed by the ‘Golden Button Challenge’ – has been responsible for PokerStars’ cash game traffic increasing by more than 10%.

It has grown from 6,000 to over 6,700 average concurrent seats during the month.

However, it is not old rival PartyPoker which has been knocked off of top spot.

Instead it was IDNpoker, a Philippines based online poker network which accepts players from China, Indonesia, Malaysia, the Philippines, Thailand and Vietnam which was, until recently, the busiest online card room for cash game action.

Microgaming To Go In May

The Microgaming Poker Network (MPN) which, during September declared it was closing shop during 2020, has announced May 19 will be its final day of existence.

Sites such as Betsafe, 32Red, Grosvenor, 188Bet, Betsson will have to find a new network, although it will be surprising if any of its current 16 residents are still on the network beyond April 2020.

In fact one, Red Star Poker, which primarily has a Russian and eastern European customer base, has already announced it will shortly be joining Playtech’s iPoker network which currently houses Betfair, Paddy Power and Bet365 players.

Microgaming Poker Network is not going out quietly however. At the start of 2020 their final MPN Poker Tour will take place in the vibrant Spanish capital, Madrid.

The dates for this festival, which features a €550 main event, are February 6th – 9th. Packages can be won on Sunday nights at sites such as 32Red.

Earlier that year he had also won an event on the Estrellas Poker Tour in Madrid, taking his first six figure score (€103,000). Two years later, in May 2015, the Spaniard won the European Poker Tour Grand Final in Monte Carlo, taking another million Euro purse.

By 2017 he became the youngest player to own three WSOP bracelets and last weekend his amazing curriculum vitae became yet more impressive courtesy of victory in the Partypoker MILLIONS World Bahamas Main Event.

Prague Next With A New Casino Owner

The next major event on the calendar is little over a week away. The Prague European Poker Tour (EPT) starts next Friday, kicking off with a €10,300 entry Hold’em.

And the big news from the Czech Republic is Leon Tsoukernik’s purchase of the Casino Atrium at the Hilton Hotel in Prague, home of the European Poker Tour.

Tsoukernik, who founded the King’s Casino in Rozvadov back in 2003 and has successfully transformed it into the largest poker room in Europe, will be at the helm before the EPT arrives in town.

Talking to PokerStars blog the new owner said: “I’m planning a major reconstruction here to make it far more comfortable for the players, like the Kings Casino in Rozvadov is. I want to bring the Kings Casino look and atmosphere to Prague.

“For starters, we have changed the currency situation for players for the upcoming EPT Prague. I believe 97 percent of players here in Prague are much happier to play cash games in Euros, so we have cancelled the Czech Koruna and this year all the live games, both cash and tournaments, will be in Euros.”