A 2-0 defeat by Atletico Madrid on matchday six ended Red Bull Salzburg’s hopes of progressing to the last 16 of this season’s Champions League. The Austrian champions ended the group stage on four points, which was not sufficient for them to qualify ahead of either Atletico or the holders Bayern Munich.

Salzburg’s European adventure is not over just yet, though. Their third-place finish in Group A means they will drop down into the Europa League when the continent’s secondary competition continues after Christmas.

Salzburg will no doubt believe they have a chance of going deep in the tournament, even if heavyweights such as Manchester United, Ajax and AC Milan will be more fancied by the bookmakers.

They will certainly hope to improve on their showing last term. After finishing third in their Champions League group, they were beaten 6-3 on aggregate by Eintracht Frankfurt in the Europa League round of 32. They did better the previous year, reaching the last 16, and made it all the way to the semi-finals in 2017/18, when they were narrowly beaten by Marseille.

What many fans across Europe might not realise is that Red Bull Salzburg are not a new club – and that semi-final appearance was not their best ever showing in continental competition.

Whereas RB Leipzig – one of the other big footballing projects of Red Bull GmbH, along with New York Red Bulls in the US – were founded in 2009 after the energy drinks manufacturer bought the playing rights of fifth-division club SSV Markranstadt, the current Salzburg side can trace their roots all the way back to 1933.

The Red Bull takeover took place in 2005. The company initially tried to distance themselves from former iterations of the club, declaring “this is a new club with no history”. The name, kit, colours and staff all changed. 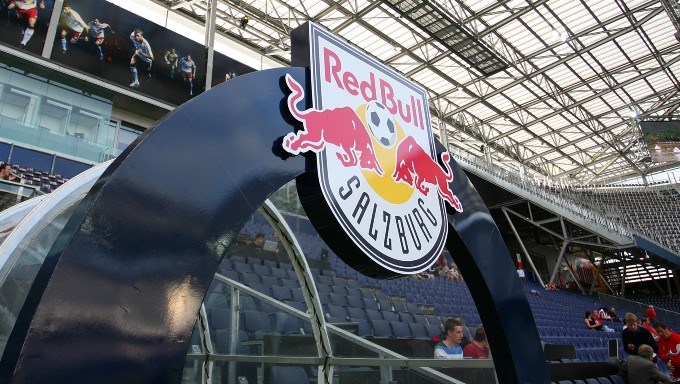 However, the sweeping rebranding of Salzburg was met with vocal opposition from a core group of fans. When various meetings between the traditional supporters and the new owners failed to reach a compromise, many fans left to form a new club, Austria Salzburg. That was the name Red Bull Salzburg went by when the club was founded back in 1933.

The Red Bull rebrand was not the first in the club’s history, though. Perhaps the most interesting period of the club’s existence came between 1978 and 1997, when the club was known as SV Casino Salzburg. Bearing that moniker, Salzburg reached the 1994 UEFA Cup final where they were beaten by an Inter Milan side containing legends such as Dennis Bergkamp, Walter Zenga and Giuseppe Bergomi. It is still the only time the Austrian outfit have participated in the final of a major European tournament. 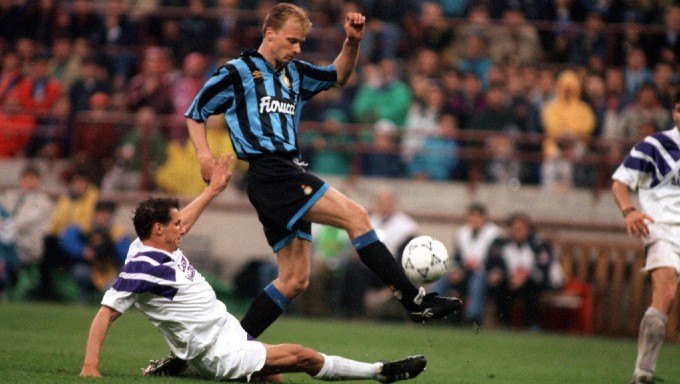 Salzburg were in a difficult position in the early 1970s. Persistent financial problems made bankruptcy a distinct possibility, with the club’s debts estimated to be around 10.5 million schilling (Austria’s currency before the Euro was adopted). With few options available, Salzburg agreed to sell their naming rights to Gerngross, a food company. From that point onwards, the club would be called SV Gerngross Austria Salzburg.

Much like when Red Bull took charge in the mid-2000s, this change was not greeted with enthusiasm by the supporters, despite Salzburg’s financial woes. Many fans voted with their feet and refused to attend games. Four years later Salzburger Sparkasse, a bank, took over as sponsors and the club became known as SV Sparkasse Austria Salzburg.

Salzburg had begun a substantial cost-cutting drive in 1973, coinciding with the return of Gunter Praschak for his third managerial stint in charge of the club. Praschak departed in the summer of 1977, but by then Salzburg were on a much firmer financial footing. Indeed, the following year they were considered an attractive enough proposition to earn a sponsorship agreement with Osterreichische Spielbanken AG, a major casino company considered much more reliable and stable than its predecessors.

There was one condition, though. Salzburg had become accustomed to changing their name over the years, and doing so again was not necessarily a concern. But this time, they were forced to drop ‘Austria’ from their title. Instead, the club would become SV Casino Salzburg.

As might be expected, the fans continued to refer to the team as Austria Salzburg. Officially, though, they were ‘Casino’, named after the giant Austrian gaming company which is today known as Casinos Austria.

Perhaps there would have been more opposition to the change had the side failed to perform. But football is first and foremost a results business, and on-field progress no doubt aided the partnership between the club and its latest sponsor.

Salzburg comfortably avoided relegation following their return to the top flight, before reaching back-to-back Austrian Cup finals in the early 1980s. Neither edition was won, but twice finishing as runners-up was a considerable achievement given the club had flirted with bankruptcy less than a decade previously.

Casino Salzburg finished fifth in a 16-team Austrian Bundesliga in 1982/83, but they were relegated two seasons later. A few seasons in the second tier followed, before Salzburg returned to the top table in 1989. They first consolidated their position back in the Bundesliga, then won their first ever Bundesliga title in 1993/94, as a team led by the veteran Croatian manager Otto Baric finished two points clear of Austria Vienna. 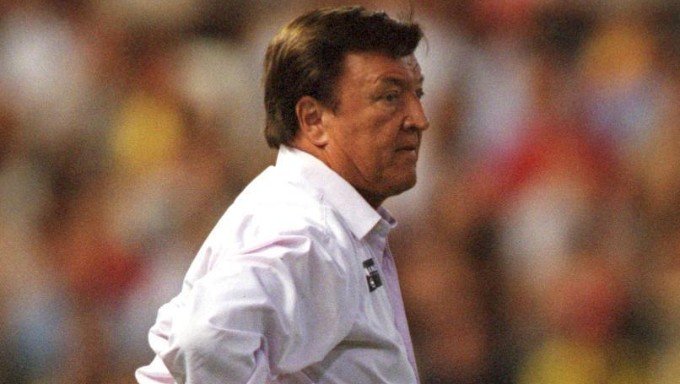 That was not their only notable accomplishment that season. Casino Salzburg had competed in the UEFA Cup the previous campaign, but the draw had not been kind to them: paired with Ajax in the first round, they lost 6-1 on aggregate and were eliminated in September.

Salzburg came back stronger in 1993/94. They eased past Slovakian side DAC Dunajska Streda in the first round, winning 2-0 home and away to set up a clash with Royal Antwerp. The first game was tight, but Nikola Jurcevic’s goal in the second half settled it in Salzburg’s favour. A goalless draw would have been enough in the return fixture, but a late effort from Wolfgang Feiersinger doubled the Austrians’ aggregate advantage and put the tie beyond their Belgian opponents.

This Casino Salzburg side had a reputation in Austria for their defensive solidity, and they were showcasing that quality on the European stage too. In winning the title in 1993/94, Salzburg conceded just 18 goals in 36 matches. This was a team who knew the value of keeping their sheets clean, and it was ultimately that defensive resolve that got them over the line in the title race (Austria Vienna finished second despite winning more games and scoring more goals than the champions).

Four clean sheets from their first four UEFA Cup outings that season was a fantastic achievement, but Baric knew that tougher challenges lay ahead. A 2-0 defeat by Sporting CP in the first leg of the third round left Casino Salzburg on the brink of elimination, but a phenomenal comeback in Austria saw them overturn the deficit in dramatic fashion. Adi Hutter struck in the 90th minute to force extra time, before Martin Amerhauser notched the winner with seven minutes left on the clock to send the home fans delirious. No one was bothered about the club’s name now.

The list of quarter-finalists contained some heavyweight names: Inter, Juventus, Borussia Dortmund and Eintracht Frankfurt. It was the latter who Casino Salzburg faced, and Hutter was again on target to give them a 1-0 lead heading into the second leg. A 1-0 loss in Frankfurt led to extra time and then penalties, which Salzburg won 5-4. The final spot-kick was converted by Otto Konrad, the team’s goalkeeper.

The semi-final against Karlsruher was as tense as anticipated. The first leg was played in front of almost 50,000 fans at the Ernst-Happel-Stadion in Vienna, where a 0-0 draw left the tie hanging in the balance. Hermann Stadler netted the opener in the return game, and although Rainer Krieg levelled things up on the night, Baric’s side advanced on away goals. Against all the odds, Casino Salzburg were in the UEFA Cup final. 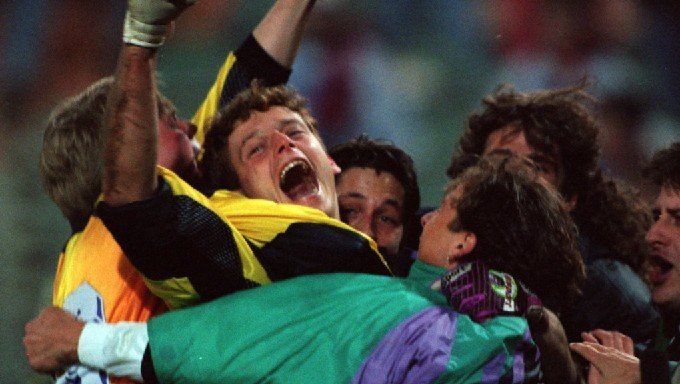 Inter awaited. The showpiece was a two-part affair in those days, with the first leg again held in the Austrian capital. Salzburg defended stoutly, but Nicola Berti’s goal gave the favourites a narrow lead to take back to the San Siro. Two weeks later Inter were triumphant by the same scoreline, with Wim Jonk’s strike just after the hour mark leaving Casino Salzburg with a mountain to climb.

Inter held out relatively comfortably in the end, but that did not diminish the scale of Salzburg’s achievement. After all, five years earlier they had been playing in the second division in Austria while Inter had been winning Serie A. Given the size and histories of the respective clubs, it was probably more impressive for Casino Salzburg to finish as runners-up than it was for Inter to get their hands on the trophy. 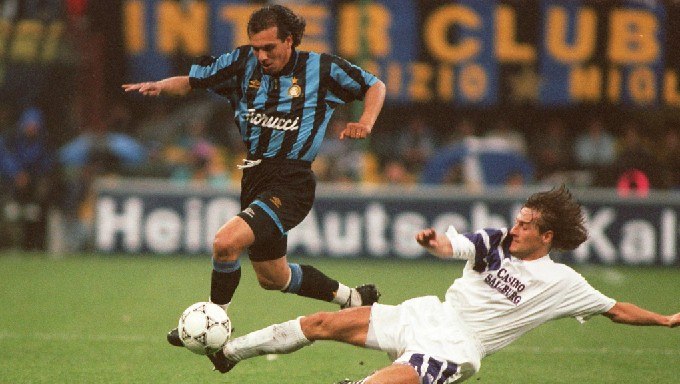 The club won another league title the following season, while also becoming the first Austrian side to compete in the Champions League. But the end was nigh for Casino Salzburg: in 1997, another new sponsor had arrived and the club duly changed its name to SV Wustenrot Salzburg on account of its partnership with the financial services corporation.

It is hard to see Red Bull Salzburg changing their name any time soon. The energy drinks manufacturer has embarked on a long-term project and the club have already enjoyed some notable success, with Salzburg having won each of the last seven Bundesliga titles.

For the time being, though, the current side have not replicated their gaming-branded predecessors in one regard. Until the Red Bull-backed outfit have reached a Europa League final, the most successful side in the club’s European history will be the Casino Salzburg team of 1993/94. 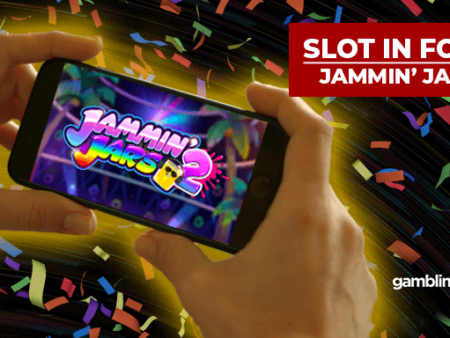