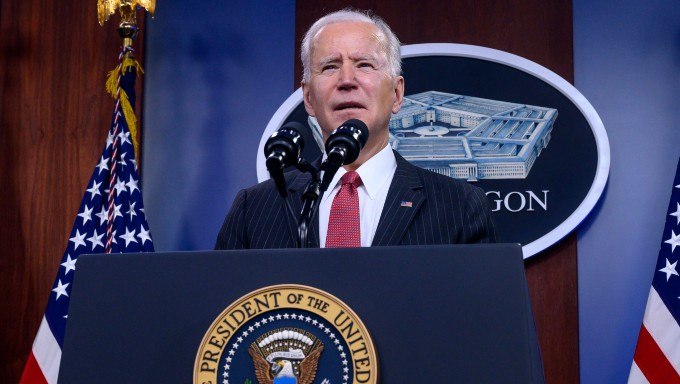 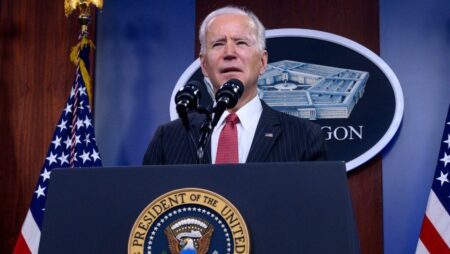 The chances of Joe Biden leaving the White House before his full term in office ends have dramatically increased following America’s disastrous withdrawal of troops from Afghanistan, according to politics betting sites.

President Biden has overseen the dramatic exit of US military and diplomatic personnel in August that, along with the UK’s withdrawal, has provided a vacuum for the Taliban to fill and regain power in the country.

After two decades of warfare, the west has been defeated in its efforts to drive out the Taliban and reports of retribution killings, a spike in refugees fleeing to the border and a suicide bomber at Kabul airport paints a dreadful picture of how the US and UK has dealt with the crisis.

An emergency G7 summit led to nothing but a request to the Taliban to ensure foreigners’ safe passage out of the country. That hasn’t been heeded, with the new regime on the verge of stopping flights leaving the capital.

Biden effected a presidential tone as he pledged to retaliate against the Islamic State attack that killed scores of Afghans and 13 US military personnel at the airport. But his leadership is being severely questioned among the American public.

On Friday, August 27th, his approval rating dipped to a new low of 47.2%, effectively matching his disapproval rating among Americans. And online bookmakers have slashed their odds on the 78-year-old leaving office before the next US election.

According to the odds, Biden now has a 41% chance of being impeached, resigning or exiting the White House via the 25th Amendment. Four days prior to the Kabul airport explosion, he had a 33% chance of leaving his presidency early.

The spike shows just how impactful events in Afghanistan can be on domestic politics back home.

Biden has claimed the withdrawal decision was made during the Donald Trump administration, but even so it is the Democrat who is the face of this latest crisis.

Bad Days Ahead For Democrats

While Biden’s own popularity plunges, there are further concerns among Democrats that this foreign policy disaster could have a severe impact on next year’s midterm elections.

The Democrats currently hold a majority in the House but the Senate is split 50/50, with the deciding vote handed to vice-president Kamala Harris.

The 2022 US midterm elections will be held in November next year and currently the odds on a majority Republican House and Senate sweep is priced at 21/25 (a 54% probability).

Losing both chambers to the opposition would severely dent Biden’s aspirations of pushing through policy, in particular around healthcare and welfare.

What’s more, Trump is still in the spotlight. The former president has seen his odds of winning the 2024 US election spike to 4/1 with some betting apps, suggesting he has a 20% chance of returning to the White House.

Harris, meanwhile, is now the 3/1 favourite to win the next election. To do that she would have to claim the Democratic candidacy away from Biden who, at the age of 82 and with Afghanistan on his record, may well decide not to run again.