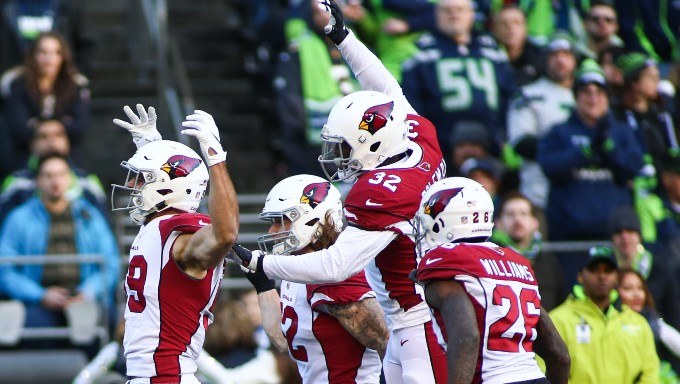 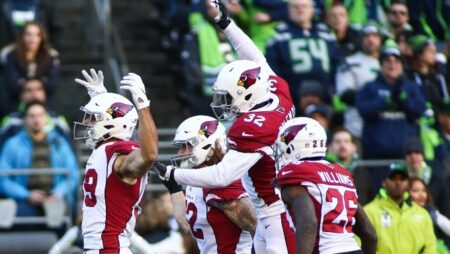 A shiny new vehicle for betting in Arizona is almost ready to go, and as of Saturday, enthusiasts can take a test drive.

Launching Saturday, early registration gives bettors in Arizona a chance to sign up for deals and explore the websites where customers can place wagers when sports betting goes live in Arizona, scheduled for Sept. 9.

That coincides with the beginning of regular-season NFL betting because the Tampa Bay Buccaneers, coming off of their Super Bowl LXV championship, host the Dallas Cowboys on NBC that night.

Of course, much of the interest in the Grand Canyon State will center around the Arizona Cardinals, who open their regular season on Sept. 12 at the Tennessee Titans.

Several major sportsbooks already have partnership deals with Arizona sports franchises or major sporting events in the state to operate there. DraftKings has a deal with TPC Scottsdale, site of an annual PGA Tour stop; Barstool Sports (via its parent Penn National) is teaming with Phoenix Raceway, site of this year’s NASCAR season finale; BetMGM is joined with the Cardinals and Gila River Community; and FanDuel struck a partnership with the NBA Western Conference champions, the Phoenix Suns.

The BetMGM deal with the Cardinals will include the first sportsbook at an NFL stadium, according to the bookmaker.

FanDuel, BetMGM and DraftKings are offering early registration, as are Caesars Sportsbook and WynnBET. But those are not the only companies jumping on an opportunity to join what is sure to be an enthusiastic market in a state with teams in the NFL, MLB, NBA and NHL, plus several other major events.

For instance, PointsBet is partnering with Cliff Castle Casino to offer mobile sports betting in Arizona.

In addition to sportsbook registration, players can sign up for daily fantasy sports in Arizona.

On Friday, The Arizona Department of Gaming awarded 18 licenses. Ten of those were given to Arizona tribes and eight went to the state’s professional sports franchises and venues.

Arizona customers signing up with Caesars can get a free bet for $100 and a promotion tied to points scored by the Cardinals, the Arizona State Sun Devils and Arizona Wildcats in their season openers plus runs scored in the three-game Diamondbacks-Mariners MLB series from Sept. 10-12. That offer is for $1 in free bet money for each point or run scored by the Arizona teams in those six games.

BetMGM offers free bets worth $200 and up to $1,000 of free bets upon customer acquisition; however, these cannot be used simultaneously. Minimum deposit: $10.

People registering at DraftKings can get $150 in free bets as well as a 20% match upon first deposit, up to $1,000. Both deals can be used at the same time; at least a $5 deposit is required.

WynnBET has not announced its early registration offer.

The Arizona launch is pegged around the beginning of NFL season but in a matter of weeks, NBA betting – especially on the Suns – will commence in the state and NHL betting featuring the Arizona Coyotes will be available too.

And though the Arizona Diamondbacks are mired in last place in the NL West, Major League Baseball betting will be an option for Arizona bettors for the last few weeks of the regular season and throughout the playoffs, including World Series wagers.