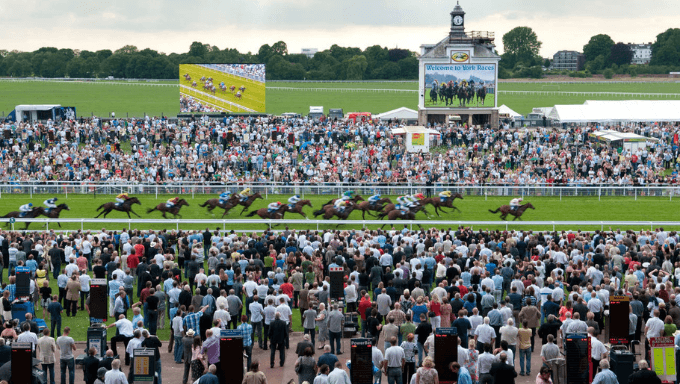 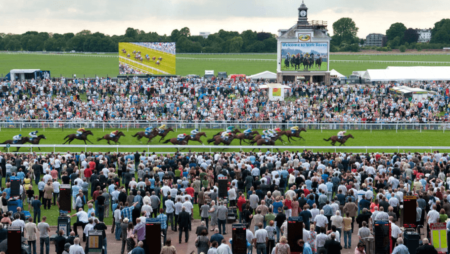 Hindsight is a wonderful thing in horse racing, of course, but how on earth was Royal Patronage allowed to go off an unconsidered 25/1 outsider in Wednesday’s Acomb Stakes? Sure, he was the most exposed runner in the Group 3 contest but the Wootton Bassett colt (first of two juvenile winners for the sire at York) had progressed with each of his starts and had thrashed a rival subsequently given a rating in the low 80’s at Epsom so it’s not as if his form was a load of rubbish either.

Jason Hart was allowed to do his own thing out in front but set even enough fractions before finding plenty to see off the challengers in the straight and there was no fluke about this success.

As ever with these juvenile races, the market and punters are drawn to unexposed horses from top Newmarket yards and that will probably continue, but results like this only serve to highlight how important it is to pay close attention to the bigger-priced runners in small field stakes contests.

There can’t be high-profile jockey anywhere in the world that attracts the criticism that Jamie Spencer does, but I’m a fully paid-up member of the Spencer fan club and York provided further evidence, for those that needed it, that this superb horseman can still deliver the goods on the biggest stage despite being in the veteran stage of his career.

Spencer needed to cajole Arcadian Sunrise into contention in Wednesday’s Sky Bet Handicap but the 7-year-old was delivered perfectly by Spencer who got his tactics spot on by coming down the middle of the track in the straight.

It would be magic to see the great man lift another Group 1 contest before he hangs up his breeches.

Not Many St Leger Clues In Voltigeur

The Great Voltigeur is normally a strong pointer to the final Classic of the Flat season but Yibir, winner of the 2021 renewal, doesn’t even qualify for the St Leger as a gelding.

Class remains an issue for runner-up The Mediterranean although this was a career-best effort on the numbers and another step forward at Doncaster would give him some sort of chance. High Definition, a most disappointing Voltigeur favourite, looks to have gone at the game.

If you have an ante-post betting slip on Hurricane Lane then you won’t be concerned by any of those horses that ran in the Voltigeur.

A fair bit went wrong for Sandrine in the Lowther Stakes, not least her slow start, and although she wasn’t closing on winner Zain Claudette in the final 100yds, enough had gone wrong in the race to think that she would be a lot closer in a rematch.

Sandrine, who was conceding 3lb to the winner, ended up coming up the stands’ side but the race developed more towards the middle of the track, where Zain Claudette got the perfect tow into contention.

Sandrine saw her race out well but the winner had got first run on her down the middle and actually ran to a very similar level to her Duchess Of Cambridge Stakes win, on the numbers. The winner is improving, undoubtedly, but Sandrine isn’t done with by any stretch.

Snowfall bolted up in the Yorkshire Oaks and continues to win her races in visually impressive fashion but her Arc price makes very little appeal now.
The form of that Yorkshire Oaks win isn’t exactly brilliant given runner-up Albaflora has twice been hammered by Wonderful Tonight, while third-placed filly La Joconde was rated just 89.

Snowfall is without doubt the best middle distance 3-year-old filly around but I don’t think she should be as short as 2/1 with the best horse racing betting sites in ante-post Arc lists with so many top-class older horses in opposition.

I wouldn’t even be confident that she could beat Wonderful Tonight if ground conditions came up soft, let alone the best males around.

Lusail took a while to pick up in the Gimcrack but he saw his race out strongly and this looks like a colt that is going to excel back up in trip.
Richard Hannon doesn’t have a particularly good record in the Dewhurst Stakes but if this Mehmas colt is going to be a 2,000 Guineas horse then it makes perfect sense to see how he handles the contours of the Rowley Mile in a Dewhurst. He’s a 6/1 chance for the seven-furlong Group 1 contest in October.

Hard To Get Excited About Stradivarius Going Forward

Conditions were perfect for Stradivarius to return to winning ways in the Lonsdale Cup and although he ultimately got the job done, I can’t help thinking that he’ll struggle to win a Group 1 race again.

Spanish Mission, who pushed the red-hot favourite to the wire, has undoubtedly raised his game this term so the form isn’t to be sniffed at, but Frankie Dettori’s mount made such hard work of the victory that it just looks like his powers are beginning to wane now.

Top stayers are thin on the ground so it’s not as if there is a long list of horses queueing up to take him on, but if Stradivarius is going to make such hard work of winning a Group 2 under his ideal conditions, he’s up against it to win a more competitive race on different ground.

The Nunthorpe is one of my favourite races of the year and this year’s edition was a real cracker. Winter Power just loves York’s straight track and she has exactly the right attributes to excel on the Knavesmire. However, it was hard not to be taken by the run of market leader Suesa who just stormed home towards the stands’ side, which was well away from most of the other main protagonists.

The leaders just don’t come back on the Flat York track but don’t be surprised if Suesa adds to her Group 1 haul this season and she looks a massive runner in a race like the Prix de l’Abbaye, for which she is a 7/2 ante-post favourite, providing she doesn’t draw a wide gate.

A Rare Good One For Saeed Bin Suroor

Saeed bin Suroor has slipped down the pecking order at Godolphin so it’s great to see Real World extend his winning run in York’s Strensall Stakes. Group 1 horses are hard to come by for Saeed nowadays but this son of Dark Angel has now earned a crack at a top-flight prize after an authoritative length and a half success over Lord Glitters in the Group 2 contest.

The Newmarket trainer has a 19% strike-rate on the Knavesmire which is not to be sniffed at given the competitiveness of the racing and he is now just £5k away from amassing £5millon in prize money at the track.

Foret The Obvious Target For Blues

Space Blues has been a bit in and out this season but he bounced back to something close to his best in the City Of York Stakes and he heads into the second half of the season poised to add to his sole Group 1 success.

Space Blues is a specialist seven-furlong performer so the obvious race for him is the Prix de la Foret at Longchamp on Arc weekend. Soft ground wouldn’t be any help to him but if it were to come up dry then Space Blues will be hard to stop in that specialist contest.